Is Canine Cancer a Death Sentence?

The leading cause of death in dogs over the age of two years is cancer. In dogs 10 years and older the risk of developing cancer increases exponentially, according to a blog post from April 2017 from Canna-Pet.com.

Cancer is a scary prospect whenever it is diagnosed in human or pet. If caught early, approximately half of all cases of cancer in dogs are treatable, according to the National Canine Cancer Federation (NCCF).

Whether the disease is first detected by a growth or lesion or when a pet begins showing signs of illness, it is very important to follow the advice of a veterinarian regarding immediate treatment.

One of my pups, at age 12, developed a lesion between his toes that started to grow and bleed. His vet biopsied the growth and found it to be cancer. We had the lesion removed but it returned and began to proliferate on his front leg. Eventually, and with no guarantee the cancer wouldn’t develop elsewhere, we had his leg amputated.

Fortunately, this bought him a few more years and a much better quality of life. But his temporary healing was an emotionally draining roller coaster ride. In hindsight, I should have asked his vet to amputate his foot right after we learned he had cancer.

Because so many canine cancers are treatable in the early stages it’s important to familiarize yourself with the most common forms and just how aggressive they are.

A dog’s chance of developing cancer increases with age and there are specific breeds more prone to cancer. They are: 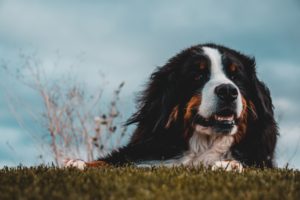 Remember, early detection is a lifesaver. Check your pet’s coat and skin regularly for growths and lesions. Always remain vigilant so symptoms of illness don’t go undetected for too long. Even something as subtle as a change in appetite or mood can be an early sign of trouble. You pet’s veterinarian should promptly be consulted about any changes in appearance, appetite, mood or activity!