Dealing with Loss of a Pet

Dealing with Loss of a Pet

Grieving the Loss of your Pet 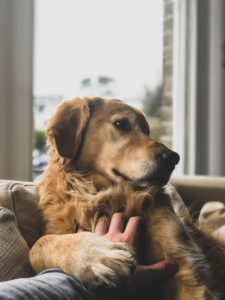 The agony of losing your four-legged best friend is almost indescribable. In fact, there is at least one study out there that suggests losing a pet may even be worse than losing a human.

A study conducted by researchers at the University of Pennsylvania (Quackenbush & Glickman, 1984) revealed that pet owners experience the greatest distress and were at the greatest risk for experiencing extreme grief when they had to euthanize their pet.

That kind of grief is not easily dismissed. I’ve said good-bye to many pets during my lifetime. My heart breaks each time it happens and I always swear I won’t go through it again. I still mourn the loss of my cat “Koko” who was my feline soulmate and who I had to have euthanized in 2008 for end-stage renal failure. I gave her IV fluids for six months before it became obvious that she couldn’t endure any more treatment. On her last morning, even though she was barely able to walk, she managed to briefly chase her favorite spongey ball on our way out of the house to go to the vet. I very nearly cancelled the appointment that would take her away from me forever when she became so animated. But I knew I had already put her through enough by administering IV fluids all those months. I had done that for me, not for her. That reality still haunts me.

I was fortunate to have a compassionate boss who gave me three days paid time off to deal with her final days. And he was ahead of his time. Though not yet endorsed by state or federal laws, it is becoming more commonplace to be offered paid time off for some employees to mourn the loss of their pets. A story on the subject by CBSNewYork (https://newyork.cbslocal.com/2016/02/11/pet-bereavement/) noted that some businesses in New York are offering pet bereavement days. 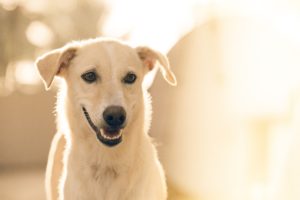 Hospice for pets is starting to gain popularity. Ask your local vet in Albany, East Greenbush, Menands, Latham and other parts of Upstate New York and the Capital District to learn more.

“Whether they die from illness, an accident, or had to be euthanized, losing a cat, dog or other beloved animal is a traumatic event,” according to PsychCentral.com. “Even if the death was expected due to old age, the loss of their constant companionship is hard to put into words. It’s like a large hole is in your heart, and nothing in this world will ever be good enough to fill it as your lost pet did.”

Feeling guilty about the end of your pet’s life or the circumstances surrounding it is common, the experts say. And they agree that loss of a pet breaks our heart.

Here are some steps you can take that may help your during the mourning process:

Remember, if you have surviving pets, they are most likely grieving, too. Be sure to include them in any rituals you may observe in honor of your departed pet. Give them TLC and make sure they are allowed to mourn in their own way.