How to Interpret the Meaning of Dog Barks

How to Interpret the Meaning of Dog Barks 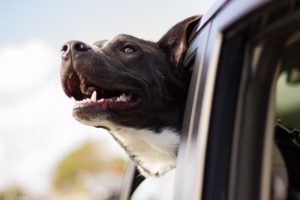 As any dog whisperer would likely tell you, the duration, frequency and pitch of your dog’s bark has a very specific meaning. Consider the world famous Collie and canine star of the Big Screen in the 1950s and 1960s, Lassie, and the way she would bark when she wanted to alert someone to danger.

Even though Lassie was an actress and therefore merely reacting to her training, there are some basic guidelines to the duration,  frequency and pitch of a bark and its correlated meaning, according to Stanley Coren PhD.,DSc, FRSC, the author of a number of books about canine behavior.

Coren, in an article in Psychology Today (https://www.psychologytoday.com/us/blog/canine-corner/201103/what-are-dogs-trying-say-when-they-bark) titled What Are Dogs Trying to Say When They Bark posits that three dimensions of sound influence the meaning of your pooch’s barks.

Pitch — For instance, low pitched sounds, such as a growl, indicate threats, anger and the possibility of aggression, or are a dog’s way of saying “Stay away from me,” writes Coren. Conversely, high pitched sounds such as whimpering or whining indicate the opposite of aggression; asking to be allowed to come closer or saying that it is safe to approach.

Duration — In general, the longer the sound the more likely the dog is making a thoughtful decision about the nature of the signal and what his next move will be, writes Coren. 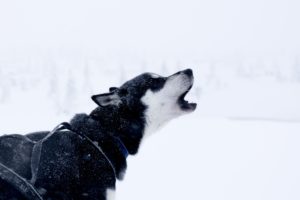 For example, the threatening growl of a dominant dog that intends to hold its ground will be low pitched and long and sustained in duration. However, if the growl is in shorter bursts and held briefly in duration it can indicate that an element of fear is present; that the dog is unsure it can prevail in an attack.

Frequency — When sounds are repeated frequently and quickly they indicate excitement or urgency. Sounds that are spaced out, or are not repeated, often indicate a lower level of excitement.

A dog who barks occasionally while looking out the window is only mildly interested in something. A dog barking in multiple bursts and repeating them many times a minute is saying that the situation is potentially a crisis.

Coren sums it up this way:

So the next time Fido barks pay closer attention and interpret his canine dialect and its meaning!