Keep Your Dog Safe from Dognappers

Keep Your Dog Safe from Dognappers 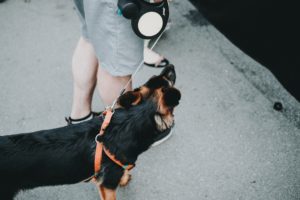 It’s a frightening topic but one that has to be looked at closely to keep your pup from becoming a victim. Even here in New York’s Capital District, including dog-friendly municipalities such as Albany, Delmar, Clifton Park and Saratoga, the danger exists for pet abductions.
Your pup doesn’t have to be a Pit Bull to be targeted and there are steps you can take to make sure he or she isn’t stolen right out from under you, according to Care2.com.
Here are the Top Five High Risk Pets and Pet Theft Scenarios
#1 Dogs in Autos:
“In the blink of an eye, a partially opened window is forced down or the window is smashed and the dog can be removed from the vehicle. It takes 20 seconds or less to abduct a dog and by the time the pet guardian returns to the car, their dog is long gone.”
The American Kennel Club reported a 70% rise in dog theft in 2012 and a 40% rise the year before. At that time a weak economy was fueling financially motivated dog-napping and a dog in a car was a very easy target.
#2 Highly Prized Breeds or Dogs With Special Abilities:
Purebred dogs or dogs with special skills are highly prized by thieves. They bring in a higher price tag than other dogs.
#3 Pets Left in Fenced Backyards
Criminals love the convenience of a doggy door! Homeowners who let their pet explore the fenced yard without supervision have the illusion of safety, but police departments across the country will tell you that the theft of these dogs is climbing. 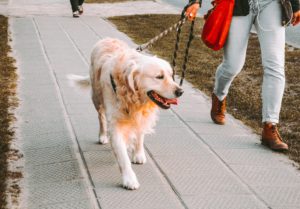 In broad daylight on a single Saturday in November, Corning (California) Animal Shelter Manager Debbie Eaglebarger documented the theft of four Dobermans, four Australian shepherds and two Rottweilers. There were actually other dogs taken that same day but the first few calls were not recorded as the shelter had not yet realized that the town was in the midst of a widespread crime wave targeting purebred dogs.
#4 Pets Left Tied in Front of Businesses
In urban areas or other places that folks take their pets along on foot, dogs are often found tied in front of banks or grocery stores. These dogs are easily lured away by a stranger, even in the safest neighborhoods.
#5 Strangers in the Neighborhood
Contractors, deliverymen, activists toting petitions or even visitors could easily grab a pet during a moment when the homeowner is distracted. In some cases, they are scoping out valuable breeds or fallible home security that will facilitate a quick dog-napping at a later time.
It’s not uncommon for cats to jump into the back of truck beds for a nap and to be unwittingly carried off at the end of the day.
In the past, the Yorkshire Terrier, Pomeranian, Maltese and Boston Terrier have been among the most common breeds targeted for theft. Because of their size, small breeds are easier to abduct. Among the large breeds, Labrador Retrievers are a frequent target and Pit Bull Terriers and Pit Bull mixes are frequently stolen for much darker reasons.
Why Dog Thieves Steal Your Pet
1. Bait Dogs and Laboratory Dogs: Every dog parent’s worst nightmare. People involved in dog fighting will gather “bait” dogs to be used as training tools for fighting dogs. It can happen anywhere. There has been no measurable decline in dog fighting in recent years despite attempts to police against it. And, despite some legislation intended to stop the sale of undocumented dogs to research laboratories, under-the-table purchase of dogs continues and, in some countries, these exchanges are not considered a crime.
2. Financially Motivated Theft: Shelters are being broken into and purebred and mixed breed dogs are being stolen. In fact, any pure bred dog, particularly puppies, are considered a prize. Even with a microchip, it’s often too late by the time a pet buyer discovers that they have purchased a stolen dog.  By then, the thief is long gone. 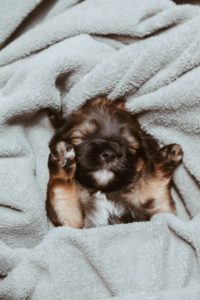 3. Emotionally Driven Theft: What’s often overlooked are the emotionally motivated dog-napping crimes. Some animal lovers will feel justified in stealing a dog that is tied in front of a store or who gets on the loose one day. Other times it’s an act of revenge by a former domestic partner.
Pet parents can best protect their dogs by remaining vigilant at all times!! Never leave a dog unattended. Secure your home, including all doors and windows, to the best of your ability and budget. And be wary of strangers in your neighborhood at all times.