What’s behind a Dog’s Sense of Humor

What’s behind a Dog’s Sense of Humor 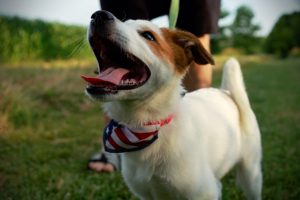 I’ve often wondered what my pooch thinks when I laugh or find something humorous. There have been times that I’d swear she knows and actually gets the joke of a situation. So I decided to do some research on doggy brains and their level of sophistication.
Initially, my research revealed that science has in the past and is currently studying everything from ways rats react to being tickled (courtesy of a related story from Slate.com found here athttp://www.slate.com/articles/arts/culturebox/features/2014/the_humor_code/do_animals_have_a_sense_of_humor_new_evidence_suggests_that_all_mammals.html) to analysis of the uninhibited nature of our pooches and ways they react to our reaction to their antics. See the story on that topic from Moderndog.com at this linkhttp://moderndogmagazine.com/articles/do-dogs-have-sense-humour/259.
Still, some psychologists posit that certain breeds of dogs have a sense of humor while other breeds don’t. Okay, but I don’t think I entirely agree. In any case, my dog is a German Shepherd who takes her working nature seriously; she likes to help me pick up and dispose litter in the yard and is always eager to assist with just about any task. 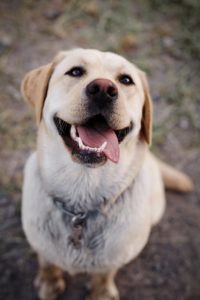 A Psychology Today article on the subject by Stanley Coren, PhD and Department of Psychology Professor Emeritus at the University of British Columbia (read full article here at https://www.psychologytoday.com/blog/canine-corner/201512/do-dogs-have-sense-humor) refers to a study on animals and their sense of humor in the research of Charles Darwin. Specifically, one example used is the way a dog, during a game of fetch with a stick, will retrieve the prize only to withhold it and run in the opposite direction as soon as his or her human makes the effort to take it away.
Coren, the author of a number of books about dogs and psychological research unrelated to dogs, makes note of the most playful breeds versus their canine counterparts.
For example, he lists Golden Retrievers among the 11 breeds that are considered the most playful; German Shepherds in the group of 11 breeds considered to display above average playfulness; Dachshund one of 12 breeds of average playfulness; Siberian Husky one of 12 breeds displaying below average playfulness; while bulldogs represent one of 11 breeds considered to be the least playful. (I know of at least one of my Clifton Park neighbors whose bulldog would strongly object to that observation while running circles around me with my scarf). See the full article to identify your own pooch’s ranking.
All this research and observation aside, I still believe my pets have a sense of humor – and that includes my cats. I am usually on the receiving end of their practical jokes, which I truly don’t mind!